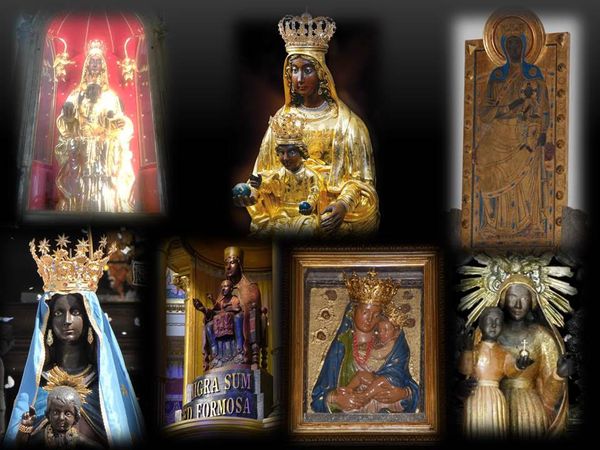 PILGRIMAGE TO THE SACRED SITES OF THE BLACK MADONNA

OF THE BLACK MADONNA

As online course through TEACHABLE

THE CENTER FOR THE BLACK MADONNA’S 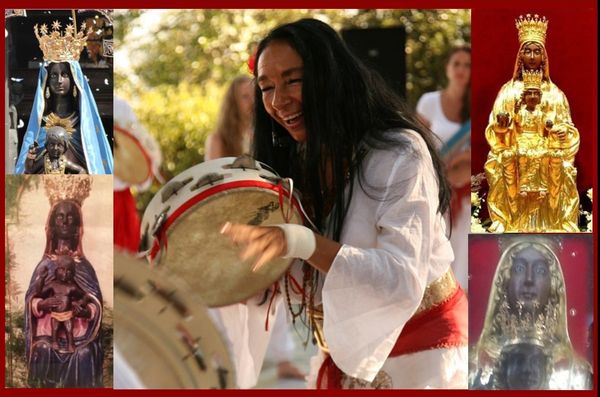 Dear friends around the world,

For years, I’ve been bringing people on pilgrimage to the sacred sites of the Black Madonna to receive the type of healing and support that can only come from those powerful Mother Goddesses.  Now I am proud to offer this pilgrimage VIRTUALLY to you, through the digital teaching platform called Teachable.

I will take people on the same journey as I have done for almost 40 years as a devotion to the Black Madonna, and which inspired me to write both my book HEALING JOURNEYS WITH THE BLACK MADONNA (Inner Traditions | Bear and Company) and my opera THE VOYAGE OF THE BLACK MADONNA.

Together, we visit seven sacred sites of the Black Madonna, known in the Italian folk tradition as "the Seven Sisters."

They are all connected to seven Goddesses that are part of the ancient worship of Mother Earth and the Moon Goddesses, and the archetype of the African Mother.

We will dance & drum our way down from Naples through Calabria to Sicily, visiting local folk musicians and intoxicatingly beautiful and romantic Southern Italian hilltops and coastal towns all while we visit the enchanting and mysterious Seven Black Madonnas.

Once enrolled in the course, you’ll find a straightforward curriculum.

Each “stop” includes a video and detailed explanation, as well as an MP3 and lyrics to a sacred chant for each Madonna. You will be able to keep the course for 6 months.

The course will be available for enrollment this week with the final offerings uploaded by July 25th.

link will be available after you register.

This special event will feature my lecture and guide through the Episodes, sacred chants and live music from our Opera “ the Voyage of the Black Madonna” with composer and guitarist John La Barbera.

We will end with Q&A.

Please see the detailed description of the episodes below! If you have questions and for more information please contact:

I am happy to share this very personal journey with you, one which will transform your life! Blessings to all, 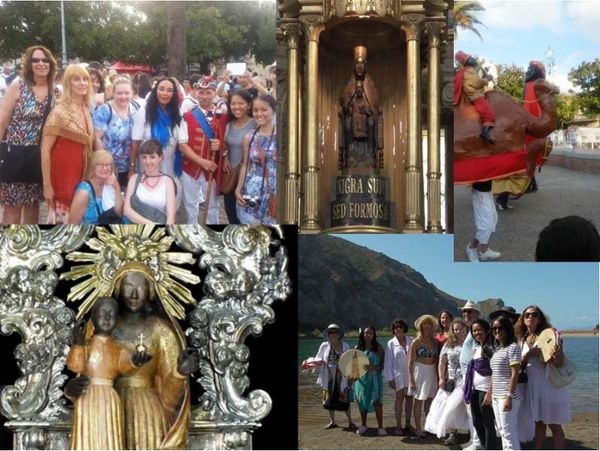 JOIN ME FOR THE “VIRTUAL PILGRIMAGE TO THE SACRED SITES OF THE BLACK MADONNA” VIDEO SERIES 2021:

We will begin our journey by the sea, meeting the Black Madonna della Neve in the small town of Torre Annunziata, nestled in Mt. Vesuvius’ famous shadow. We will watch the spectacular feast along the sea near Sorrento/Pompei on the Amalfi Coast and the re-enactment of the fisherman finding the Black Madonna in a large cage in the sea. We will also sing a ritual chant on the beach at sunset, a Medieval prayer to the Black Madonna that you will learn following the lyrics and MP3. 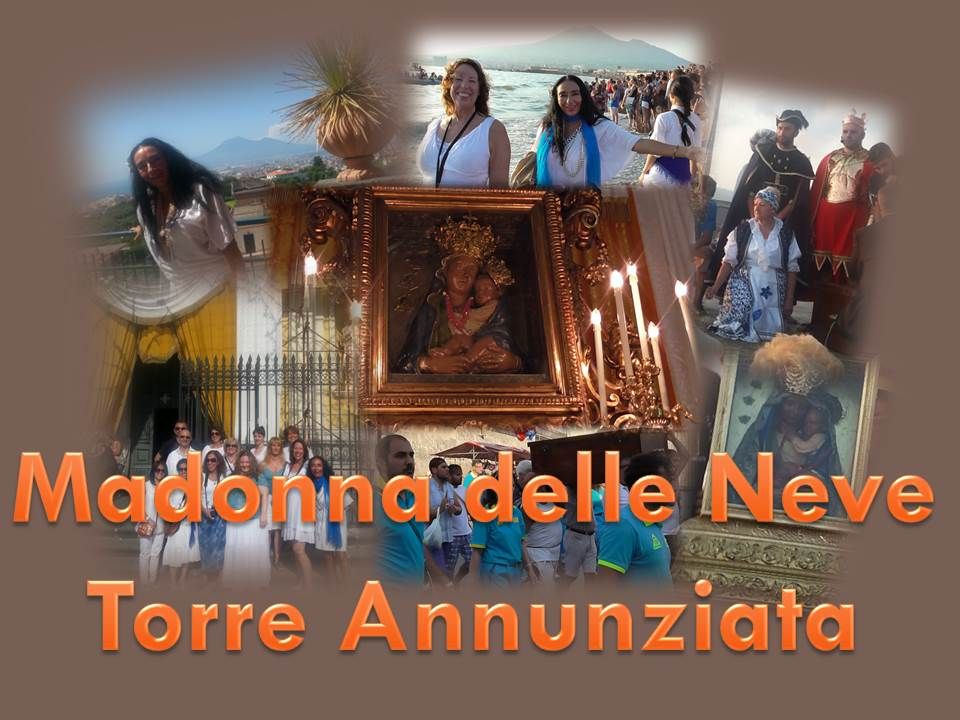 We travel to the beautiful sacred mountain of Montevergine, in the wild, beautiful mountainous region of Campania known as Irpinia. Her church is built upon the remains of a temple to the great Goddess Cybele: the Black mother Earth goddess from Anatolia, frequently depicted carrying a frame drum. We follow the path of the most devoted, climbing on foot up the sacred mountain, where we stop at the sacred and mysterious Throne of the Madonna -- a rock formation where, as legend has it, the Madonna rested when she climbed the mountain, leaving an imprint of her feet in the stone.

At night we will meet the well-known tammorra maker Raffaele Inserra from Gragnano, the old singer Zi Giannino and the young one Gianfranco, for a great feast where we will play and dance, and people will have a chance to learn the authentic chant to the Black Madonna di Montevergine. You will learn this sacred chant following the lyrics.

We continue in the mountains to Benevento, where we meet Our Lady of Freedom, la Madonna della Libera, also known as “la Brunetella” – the little dark one. This region was once an ancient settlement of the Egyptians and the cult of Isis on the Italian peninsula. Temples of Isis once studded this landscape of mountains and valleys, and the folk traditions of the region are directly descended from the rituals of these temples. On La Brunetella’s festa we have the rare opportunity to witness a ritual never before seen in North America: the strascino, a ritual banned by the Vatican where devotees throw themselves to the church floor to crawl, on their knees, to the Madonna’s altar.

You will hear the women haunting chants to thank her for her many miracles during the procession and will learn following the lyrics.

This the Madonna Alessandra is most devoted to, thanks to receiving a personal miracle. 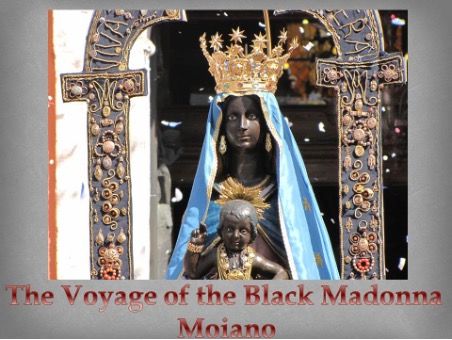 Next, we travel to Viggiano in the magical region of Basilicata, where we will visit the chapel of la Madonna del Sacro Monte. Here on this sacred mountain in the middle of magna Grecia, near the remains of an ancient temple dedicated to Demeter -- the Greek mother goddess of the grain, of fertility, and of the Earth -- La Madonna, draped in gold, waits for us to arrive. Carved from olive wood and covered in solid gold leaf, this is one of the oldest statues of the Black Madonna in the world. Her feast day, which we will attend via archival footage, is filled with folk music and dance, including the tarantella. While women dance with cinti -- elaborate wax altars to the Madonna -- balanced carefully on their heads, we are introduced to three traditional southern Italian folk instruments: the zampogna, an Italian bagpipe; a double reed instrument called a ciaramella; and a small button accordion called an organetto.

We will travel to the famous Tavoliere delle Puglie, a beautiful agricultural landscape, to the Sanctuary of this mysterious Madonna Nera with a GOLD CROWN who appeared in the year 1001 in a very magical way. While shepherds were working in the field, 2 bulls ran away to a tree and knelt down as lightning and fire appeared for a long time. Suddenly a voice was heard saying I AM MARY MOTHER OF GOD! And I want my temple built here! And the beautiful statue of the Madonna Nera appeared right in the tree. And she made many miracles, including with a special anointing oil that always burns at her image and never goes out. 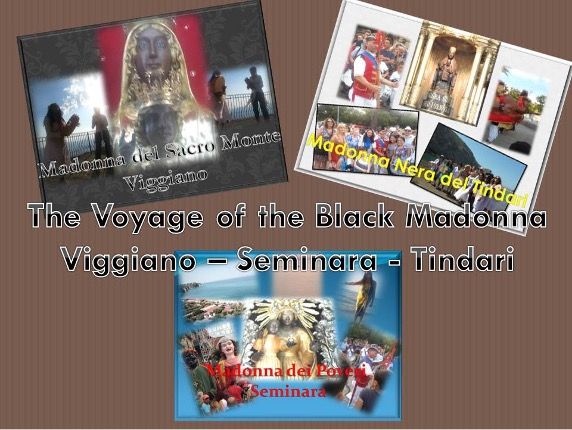 We will visit the beautiful town of Tropea, with a breathtaking view of the beach and the active volcano STROMBOLI!

You will see the Black Madonna di Romania patron of Tropea, a beautiful Byzantine Icon that came mysteriously from the sea.

In Calabria we will meet and feast with Alessandra’s mentor and tarantella teacher Vittorio de Paola and learn the authentic tarantella Calabrese.

We will see rare footage of the powerful feast of La Madonna dei Poveri, (Our Lady of the Poor) celebrated with a wild drumming ritual, reenacting an ancient fertility rite, and giant puppets of African origin (Giganti) that dance to the fast 6/8 rhythm of the tarantella, and seeing the giant puppets of the African King Courting the Italian Queen, thus bringing together these two cultures. Both rhythm and dance were used during the time of the Black Death to heal people and as a release from overpowering fears of death by contagious disease.

We will end our journey by the Sea as we began by Sea, in the arms of Aphrodite, Goddess of Love and Mother of Waters.

Tindari is a magical place, where the Madonna del Tindares was found in a cave under the mountain, which we will visit. Gathering beside enchanted lakes of salt water, we will witness Alessandra lead a purification ritual before climbing the mountain to the church where the Madonna can be found. This ancient statue of the Black Madonna looks like an African Totem and is accompanied by the inscription Nigra Sum Sed Formosa from the Song of Solomon: I am Black and Beautiful. Visiting this Madonna, we clearly understand that the Black Madonna and the African Mother are one in the same, each rocking the cradle of humanity in their mysterious way. 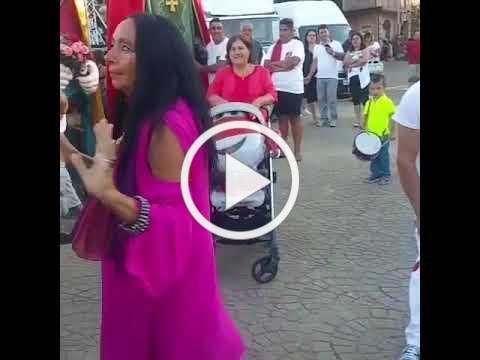 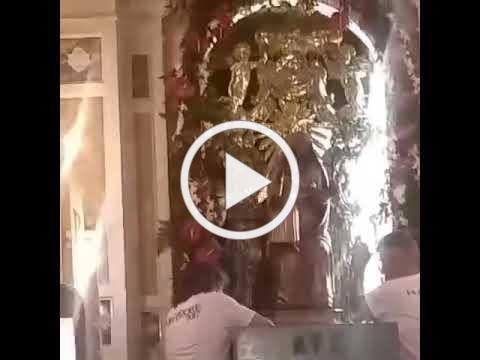 Praise for Healing Journeys with the Black Madonna

“Belloni has done her homework and her heart work, danced the dance, drummed the drums and tambourines, bled while doing so, in a shamanistic gift for our times.” Matthew Fox, spiritual theologian, activist, and author of Original Blessing

“Healing Journeys with the Black Madonna is an emotional tour de force that will leave you astonished by its power. But I warn you, this is not a book for those who are not ready to reflect deeply on their wounds, how they were created, and the path of recovery. The honesty within these pages is rare and appreciated in a world that often thrives off of gilded artifice and the excuses it often births. Do yourself a favor and purchase two copies of this book, one for yourself and one for someone else. The Black Madonna will let you know who is in need.” Tayannah Lee McQuillar, author of The Sibyls Oraculum