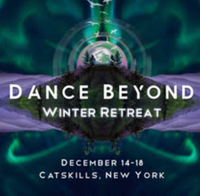 Experience the healing and transformative power of dance. Meet and connect with and open hearted community who value authenticity, creative expression and spiritual growth.
Over the course of the retreat, we will explore daily themes through embodied workshops, Ecstatic Dances with DJ's, nighttime live music concerts, guided meditations, nature walks and more.
Our venue for the weekend will be a historic retreat center in the foothills of the Catskill Mountains in Upstate NY with gorgeous indoor gathering spaces, surrounded by beautiful forests, meadows and streams.

In Alessandra's workshop, we'll learn the traditional ancient healing trance dance of the tarantella used to cure the mythical bite of the tarantula, in use for centuries throughout the Mediterranean as music and dance therapy. We’ll create a community healing ritual as our bodies move in ways that help us to open the energy points and stay grounded. According to what Alessandra observed in her practice and personal experience in teaching healing workshops around the world, “tarantismo” may be defined as depression or sadness caused by unrequited love or abuse. In modern day music therapy the tarantella rhythm targets especially women.

Annual Voyage of the Black Madonna Tour in Sicily

Following Alessandra Belloni’s vision as part of the Black Madonna Center, this summer students will have the special opportunity to study and tour Sicily. 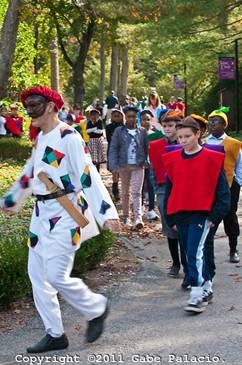 A DAY IN THE ITALIAN RENAISSANCE -  Special educational program available for touring to schools and educational institution created for Caramoor center for Music and the Arts in 1993 and still in residence there. featured on ABC TV as seen onwww.alessandrabelloni.com/videogallery

Experience what thousands of school kids have enjoyed at Caramoor. A Day in the Renaissance will take your students to Italy with songs and dances, street theater, music, masks.  A special children’s workshop of Italian Renaissance Instruments, music , dance and Theatre of the Commedia dell’Arte:
The actors will explain the Italian Renaissance history, talking about the painters, art, sculptures, explorers, music and theatre. The musicians will demonstrate instruments as recorders, viola, violin renaissance guitar, will demonstrate the masked character of the comical Renaissance theatre of Commedia dell’Arte such as Pulcinella, Arlecchino, Don Giovanni and the woman Ricciulina, they will teach the song with gestures typical of the Commedia character entitled Ricciulina, and the popular Renaissance dance tarantella del ‘600.

Also available for schools is the children’s production of THE ADVENTURES OF DON GIOVANNI AND HIS SERVANT ARLECCHINO comic opera based on a 16th century Neapolitan Commedia dell'Arte manuscript, the play features the hilarious shenanigans of Arlecchino his fiancee "Ricciulina", a servant who falls instead for his master Don Giovanni, and the servant Sebastiano, Ricciulina’s brother, who favors his sister match with the wealthy Don Giovanni rather than Pulcinella. As in the opera, Don Giovanni is punished in the end when he meets a ghost (giant puppet) and he’s taken to hell by the devil in a "dance macabre" This opera is featured at the CARAMOOR workshops, where children are invited to join singing and dancing the Tarantella with the "irresistible" Ricciulina.

The company is formed by seven artists from this CAST: 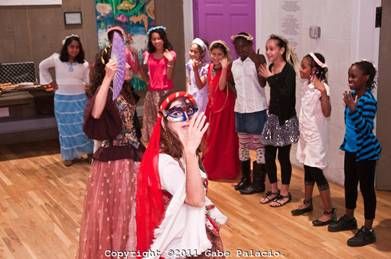 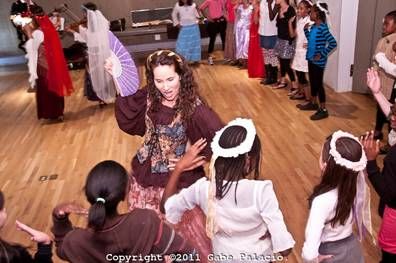