RHYTHM IS THE CURE in Sicily!

DEAR FRIENDS! I am happy to announce that for the first time, my RHYTHM IS THE CURE workshop will take place in SICILY! Join us on the mystical Island of Demeter and Persephone for this magical healing drumming and dance retreat, in a luxurious new resort overlooking the sea!

Flights to CATANIA INTERNATIONAL AIRPORT or PALERMO. (Please note I was told by airlines that travel from USA to Italy will be open without quarantine after July 15!) Email me at ABelloni@aol.com for more information and check the Facebook link for more information: https://www.facebook.com/events/504577360335952/

Rhythm is the Cure is a 7-day intensive healing workshop featuring Southern Italian ritual dances used as music and dance therapy for centuries throughout the Mediterranean. Participants will learn the unique style of tambourine playing and the ancient healing trance dance of the tarantella, used to cure the mythical bite of the tarantula.This workshop focuses on releasing blockages of energies and breaking the imaginary "spiderweb"of the subconscious mind.Through this work, Alessandra has helped transform many people's lives through the years. 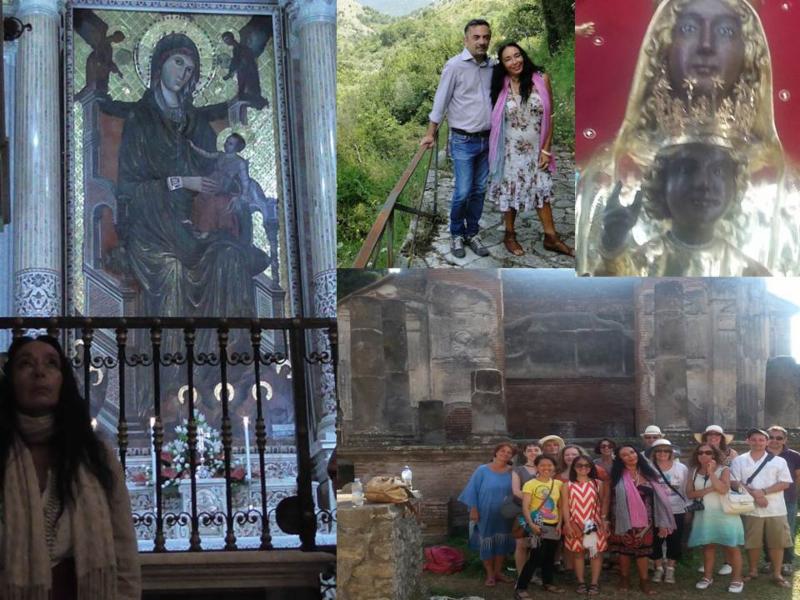 AFTER THE GREAT SUCCESS AND MAGICAL EXPERIENCE OF LAST SUMMERS I am very happy and proud to announce that I will be leading THE FIFTH MUSICAL PILGRIMAGE to the sacred sites of the Black Madonna in Southern Italy!!
I will take people on the same journey as last year, as I have done over many years as devotion to the Black Madonna, which inspired me to write the Folk Opera THE VOYAGE OF THE BLACK MADONNA in 1990, together with my music director John La Barbera.
check this link:
The voyage of the Black Madonna documentary promo by Alessandra Belloni about her field research in Southern Italy during the feasts of the Black Madonna filmed between 1991 and 1997 by Dario Bollini
https://www.youtube.com/watch?v=jsvmSOI1PEQ
I am happy to share with you a very personal journey which will transform your life!
Also featuring writer, archaeologist and Egyptologist Armando Mei as our guide in Naples.
This special musical tour will start from Rome's airport in the morning of August 4th - returning to Rome's airport or station  the day of August 16th
DEAR FRIENDS around the world:
Last 3 summers I led the  special pilgrimages of the Sacred Sites of the Black Madonna in Southern Italy, and it was one of the most powerful and beautiful experiences in my life and for everyone on the tour.
Every day of our tour was magical indeed, with people showing up to meet us by surprise- musicians, writers, even meeting people I had not seen in many years!
I realized that nothing was a coincidence, but seemed to have been planned by the GREAT MOTHER! 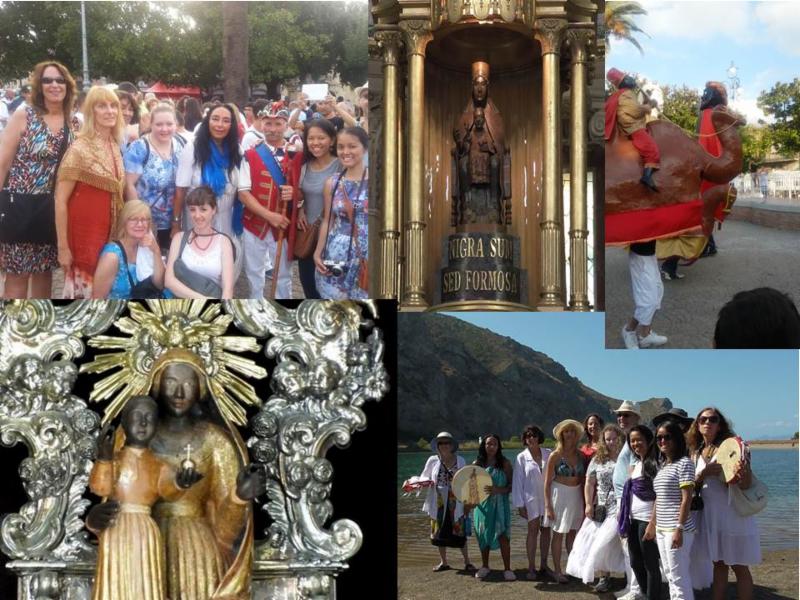 JOIN ME FOR THE BLACK MADONNA TOUR 2018
Itinerary:
We will visit the following places and Black Madonnas:
August 5th
Madonna Nera della Neve, Torre Annunziata
spectacular feast along the sea near Sorrento/Pompei on the Amalfi Coast. In the late afternoon we will watch the re-enactment of the fisherman fishing the Black Madonna found in a large cage in the sea. It is spectacular and very moving as she is connected to the Goddess Aphrodite. We will also do a ritual chant on the beach at sunset, a Medieval prayer to the Black Madonna.

The cost of the tour is $2,900 for a double room, $3,300 for a single.
This does not include airfare and lunch as we will be moving around during the days. but includes:
1)  Hotel accommodations, double occupancy, 4 star hotels,
2)  Breakfast and wonderful dinners in very good restaurants and hotels,
3)  Tour bus
4)  Ferry boat back and forth to Sicily
5)  My work as the guide  to the pilgrimages with some lectures on site, leading drumming ceremonies, chants  and rituals in appropriate locations.
Please note registration fee of $150 is needed  by April 1 to ensure your participation and to have the tour operator secure the hotels.
The tour deposit  is due by May 1
and the remaining of the total amount due June 1 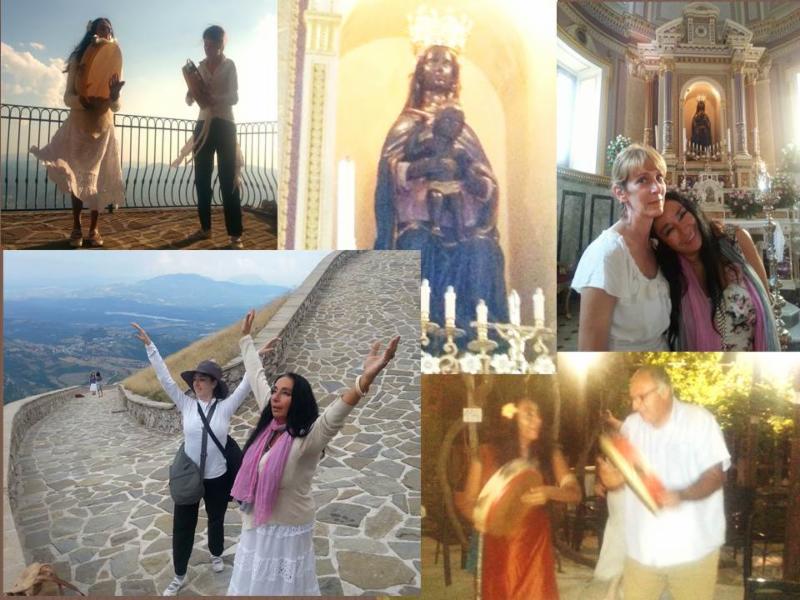